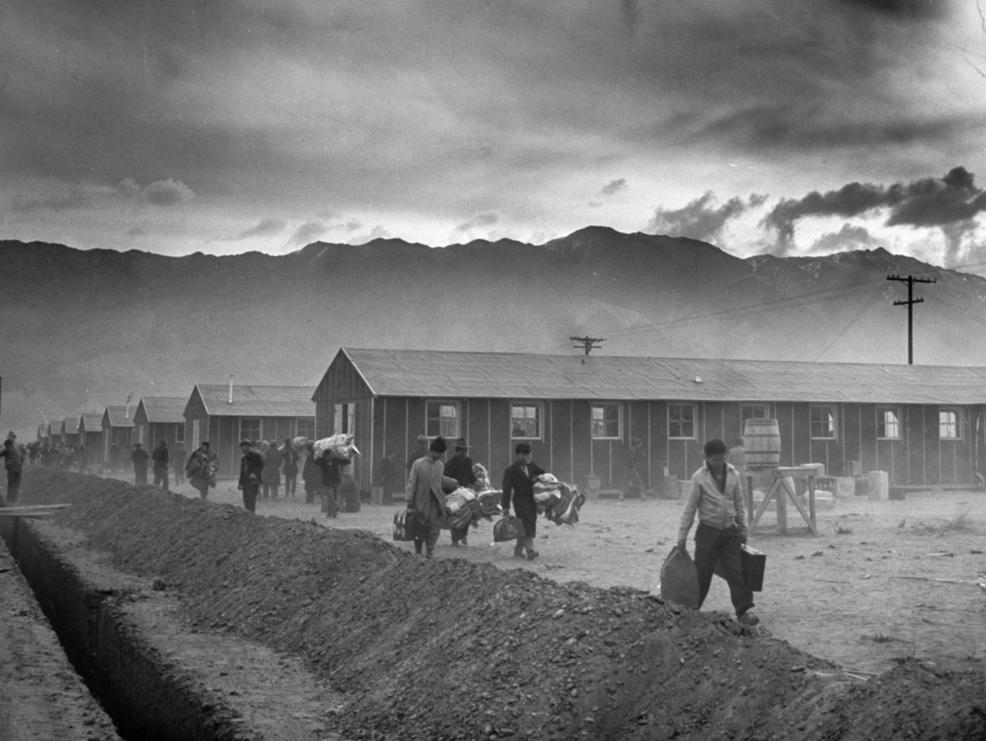 ​Please click this link to the promotion sheet for both books:

​"For more information on Dr. Kometani and his family’s history in Japan and Hawaii, go to this link: https://www.100thbattalion.org/history/veterans/officers/katsumi-doc-kometani/
"There is an important connection between the Nisei soldiers and Gen. Mark Clark. Please check out the link to the famous 442nd Combat Regiment and also watch the two-minute video clip about an event in July 1944: https://www.criticalpast.com/video/65675072897_Japanese-American-soldiers_Italian-Campaign_General-Mark-Clark_34th-Infantry-Division Clark’s words of praise were also seconded by President Harry Truman: “You fought not only the enemy, but you fought prejudice — and you won.”
"For more information on the 442nd, go to: ‘Go For Broke’ (442nd RCT): http://www.goforbroke.org/learn/history/military_units/442nd.php​

"After Japan attacked Pearl Harbor on December 7, 1941, the U.S. government declared that immigrant Japanese — Issei — were “enemy aliens” and many Issei men were detained by the FBI. On February 19, 1942, President Franklin D. Roosevelt issued Executive Order 9066, authorizing the U.S. Army to remove Issei and American-born Japanese who were citizens —called Nisei — from the West Coast."​

1. The Daughters of Yalta - The Churchills, Roosevelts, and Harrismans: A Story of Love and War by Catherine Grace Katz.​

The untold story of the three intelligent and glamorous young women who accompanied their famous fathers to the Yalta Conference in February 1945, and of the conference’s fateful reverberations in the waning days of World War II. - This is a book club choice for the Indianapolis English Speaking Union in February 2022, timed of course to coincide with the anniversary of the Yalta Conference in 1945.

2. The Splendid and the Vile - A Saga of Churchill, Family, and Defiance during the Blitz by Erik Larson.

#1 NEW YORK TIMES BESTSELLER • The author of The Devil in the White City and Dead Wake delivers an intimate chronicle of Winston Churchill and London during the Blitz—an inspiring portrait of courage and leadership in a time of unprecedented crisis. - It was also a book club choice for the Indianapolis English Speaking Union in 2021. This is the perfect book if you wish to know more about Churchill and his understanding of the Third Reich. A gripping book, one which you will not want to put down either! 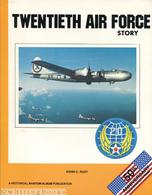 The preferred way to order my books (Our Service Our Stories, Volumes 1 & 2) is to do so directly from my website: www.ronaldpmay.com/shop/

Since I personally ship out the books ordered from my website, I can ensure that books are signed and even personalized. Each of my two books is $24.95 plus tax (where applicable) and shipping. For those who live close enough to meet me locally on the North side of Indianapolis, I can also sell them my books directly from my mobile book store (ie, my trunk). They can save on shipping costs, but tax will still be applicable. Phone: 317-435-7636

Go to this link for more information: https://jccindy.org/community/festival-books-arts/?​ 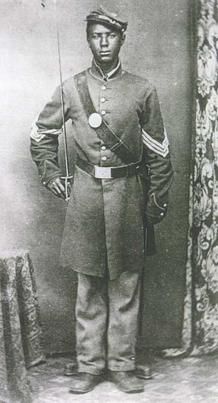 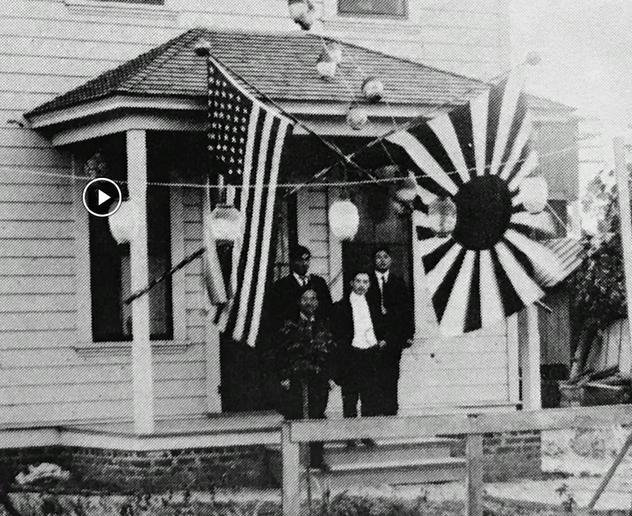 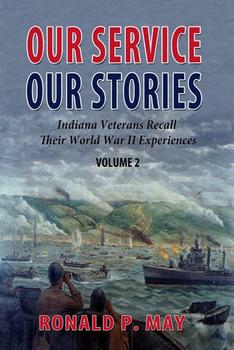 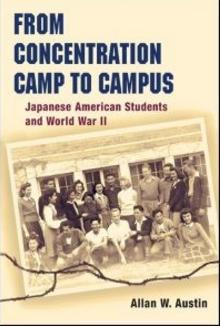 Link to Part 1 and Part 2 (navigate down on left column, "Cultural Links," almost at bottom of page):

(Source and credit: Link was made possible by IvyTech Library. Photo copied from documentary.)

Our goal for this web page is to populate it with the same valuable original information about our WWII authors and their books that Kathryn Lerch has been publishing in our WWII Roundtable monthly newsletters, up until the May 2021 issue. With the WWII Roundtable 2021 May Newsletter issue we halted publishing Kathryn's resource with the intent that all is to be posted on this web page, "Recommended Reading," only. Until we complete this project, please use this link to the 2021 April Newsletter to access our resource on authors and their books; see pages 9-13.

Find new Recommended Reading information in our past and current monthly newsletters. Past issues are archived in the ANNOUNCEMENTS & NEWSLETTERS page on this website. A link to the current newsletter is on our main WWII ROUNDTABLE page. 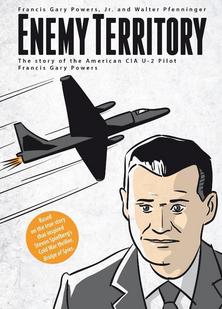 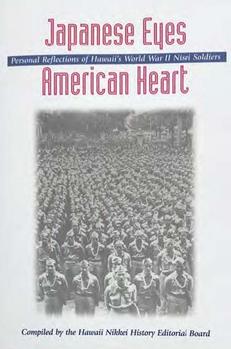 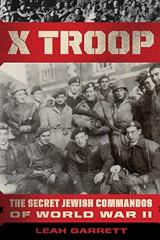 Book: "CARRYING THE COLORS: THE LIFE AND LEGACY OF MEDAL OF HONOR RECIPIENT ANDREW JACKSON SMITH"

Online Resources and WWII Roundtable July 2020 Newsletter, pages 4-7, Kathryn W. Lerch, editor: "Here is a link to fifteen suggestions for books about Japanese-American internment during WWII:
https://www.oregonlive.com/books/2017/02/15_books_for_learning_about_ja.html
In particular, we recommend two outstanding ones: "Farewell to Manzanar and Snow Falling on Cedars." There were “exceptions” to internment, in particular Japanese American students who went to college and Nisei from Hawaii who joined the famous 442 Infantry—the most decorated of any American unit in WWII. See Allan W. Austin’s “From Concentration Camp to Campus: Japanese American Students and World War II."​

Book Suggestions from our WWII RT authors are now posted on our website, here, under "Resources/Recommended Reading." Please refer here for book information. Feel free to contact any of these authors if you have questions about which book might be the perfect one: 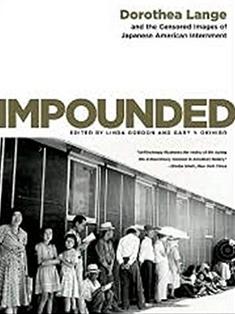 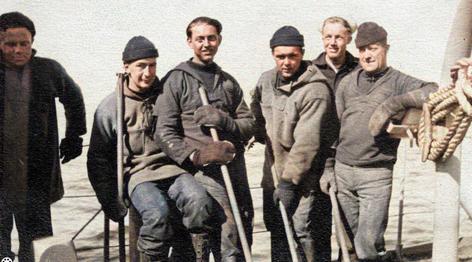 ​Based on newly available information, the son of famed U-2 pilot Francis Gary Powers presents the facts and dispels misinformation in a Graphic Novel format about the Cold War espionage program that turned his father into a Cold War icon...

For more information and purchase details, please click this link.​​​​​ 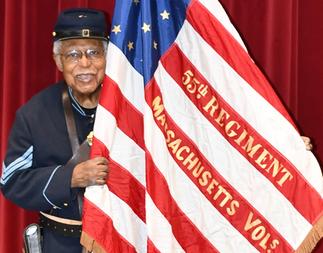 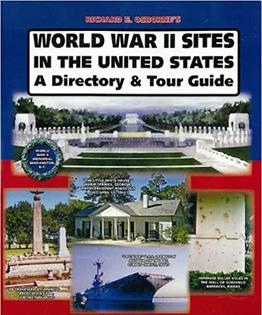 X Troop: The Secret Jewish Commandos of World War II,​ by Leah Garrett
​Interviewed by Kathryn W. Lerch, historian and educator
You might think this book is a page-turning novel, but it is thoroughly researched and excellently written history. June 1942. The shadow of the Third Reich has fallen across the European continent. In desperation, Winston Churchill forms an unusual plan: a new commando unit made up of Jewish refugees who have escaped to Britain. The resulting volunteers are a motley crew of intellectuals, artists and athletes, most from Germany and Austria who became elite shock troops, dealing devastating blows against the Nazis. This is their astonishing story. (Go to this link to purchase a copy of her book.) 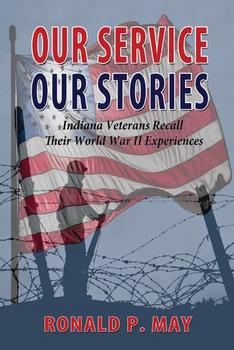 "As the Imperial Japanese Army swept across China and South Asia at World War II's outset, closing all of China's seaports, more than 200,000 Chinese laborers embarked on a seemingly impossible task: to cut a 700-mile overland route -- the Burma Road -- from the southwest Chinese city of Kunming to Lashio, Burma. But when Burma fell in 1942, the Burma Road was severed. As the first step of the Allied offensive toward Japan, American general Joseph Stilwell reopened it, while, at the same time, keeping China supplied by air-lift from India and simultaneously driving the Japanese out of Burma.

"From the breathtaking adventures of the American "Hump" pilots who flew hair-raising missions over the Himalayas to make food-drops in China to the true story of the mission that inspired the famous film The Bridge on the River Kwai, to the grueling jungle operations of Merrill's Marauders and the British Chindit Brigades, The Burma Road vividly re-creates the sprawling, sometimes hilarious, often harrowing, and still largely unknown stories of one of the greatest chapters of World War II.​

“'Time Runs Out in CBI' Carrying the narrative from General Wedemeyer's assumption of command to the end of the war, this volume concludes with Americans still working to improve the Chinese Army while attempting to fly in sufficient sup-plies from India and Burma. This is available as a Kindle book on Amazon. Twentieth Air Force is available through Abe Books online." 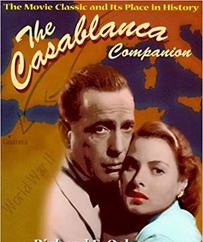 ​"After Japan attacked Pearl Harbor on December 7, 1941, the U.S. government declared that immigrant Jap-anese—Issei—were “enemy aliens” and many Issei men were detained by the FBI. On February 19, 1942, President Franklin D. Roosevelt issued Executive Order 9066, authorizing the U.S. Army to remove Issei and American-born Japanese who were citizens—called Nisei—from the West Coast."

​Stories of Service, Duty and Sacrifice"

​​​The Indiana Vietnam Veterans Gift (VetsGift.com) is an ongoing collaborative effort by the Indiana Department of Veterans Affairs (IDVA) and Welcome Home Vietnam Veterans (WHVV) to find and thank the estimated 130,00 Vietnam Veterans living in Indiana. The free gift includes a hardcover book, "A Time to Honor: Stories of Service, Duty and Sacrifice," a DVD documentary, "The Journey Home," and an interactive eBook with hundreds of additional pages of Indiana stories of Vietnam Veterans. Two of our WWII Roundtable members, Paul "Pony Tail" Cauley​ and Jill Fewell had major parts in the creation of the gift website and books productions. (More in the April 2021 Newsletter, pages 5 & 6.)

1. US Submarine Chaser 38 in World War I

"My Dad in the Motor Boat Navy" "...Tribute to both father (Raymond K. Featherstone, Sr.) and son, as well as the courageous men who served on this 110’ wood boat in pursuit of German U-boats."