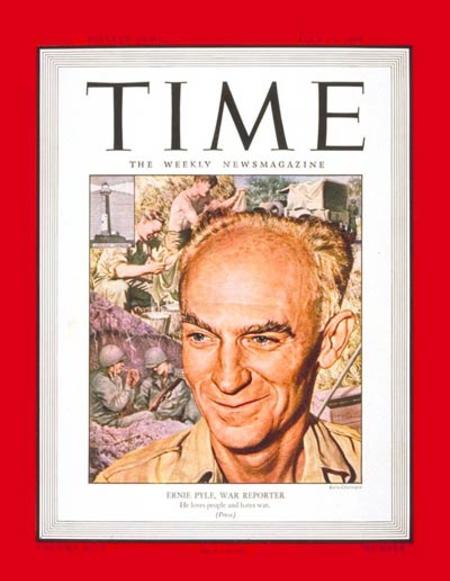 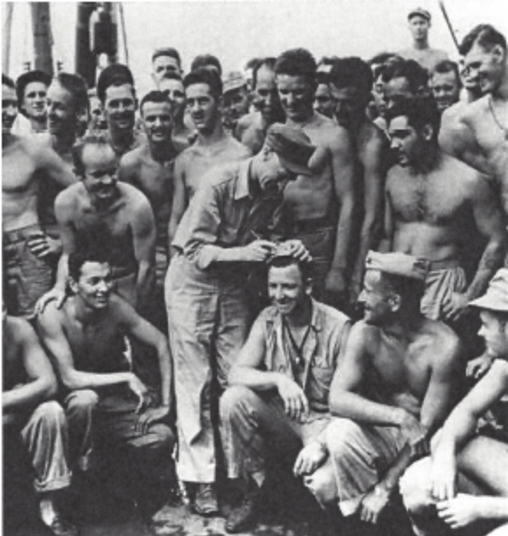 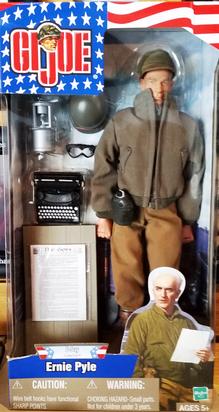 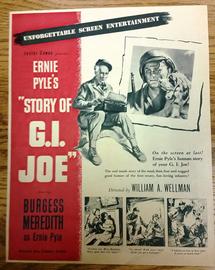 He won the Pulitzer Prize in journalism in 1944, and his columns were collected into books, one of which became the basis for the movie, The Story of G.I. Joe.  His admiration for the infantry is legendary - he described them as the "mud-rain-and-wind boys" and said that wars could not be won without them.

​On April 18, 1945, on the Pacific island of Ie Shima, Pyle was killed by an enemy machine gunner.  Millions of readers, who had come to think of him as their personal best friend, were stunned by his death.  The soldiers he admired honored their fallen comrade with a plaque that reads, "At this spot the 77th Infantry Division lost a buddy Ernie Pyle 18 April 1945."

His warm, friendly style read like letters from a  good friend or family member, capturing the human side of the war and endearing him to his readers.  While other reporters covered the broad events, Pyle wrote about the common soldier.  Quiet and unassuming, Pyle talked with the G.I.'s, dug ditches with them, shared their meals, and dove for cover with them when enemy planes flew overhead.  He captivated readers with the deeply personal and compassionate way in which he wrote about small moments and ordinary events.  The soldiers loved him, feeling that he was the only one who understood what they were actually experiencing.

Ernie Pyle was a friend to the common soldier, and the eyes and ears for millions of readers back home.  Ernest Taylor Pyle was born to a farming family near Dana, Indiana, on August 3, 1900. He attended Indiana University, Bloomington, Indiana, but left before his senior year to become a reporter. Working for the Scripps-Howard newspaper chain, he wrote the country's first aviation column then traveled the continent as a roving columnist. But Ernie Pyle is best remembered for his columns on World War II, which he covered in England, North Africa, Europe and the Pacific.